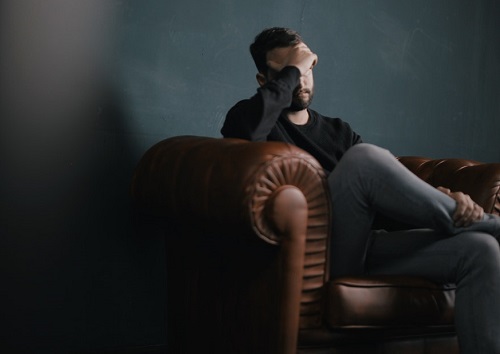 The issue of gun control is a hot button for most. As we peruse our smart devices, or sit down to watch the nightly news, we can’t help but be outraged and spurred into action when we see the senseless killing of our American youth after the latest school active shooter incident. However, did you know that according to data compiled by the CDC, there were 9,039 more firearm related suicides than firearm homicides in 2016?

Firearm suicides outnumber firearm homicides nearly two to one. That’s a fact and one that most Americans tend to ignore year after year. It’s time to discuss this reality seriously and prevent firearm related suicides by invoking gun control laws that can stop individuals from taking their own lives and in some cases, the lives of others.

Why is America stuck on categorizing the horrific issue of suicide? Suicide is mostly viewed as a mental health issue, one that often gets pushed aside the gun issue since it’s a “personal choice”. However, people are still dying, and usually at the end of a gun barrel.

What about the gunman that takes his own life after the incident? Those suicides are an afterthought, because let’s face it, most Americans feel it is the most likely outcome for an active shooter who suffered from mental “problems”. It’s still a firearm-related suicide however, so we must consider the method of death, the gun and why concerned family members and/or neighbors are not able to see action when they “see something say something”.

Let’s put this into perspective. We do not let a toddler play with a sharp knife. We tend to put the sharp knife away, out of reach, so the child won’t be able to harm themselves or others. Why don’t we readily allow firearms to be “put away” from someone suffering from suicidal tendencies or showing red flags indicating they want to hurt others? There are some states (Connecticut, Indiana, California, Washington and Oregon) that have enacted Extreme Risk Protection Order (ERPO) and Child-Access Prevention (CAP) laws to accomplish this type of gun control–and it’s working.

What is important to note is that ERPO and CAP laws are not intended to thwart the constitutional right to bear arms. Even the NRA has loosened its stance to support intervention for state-level risk-protection orders. These laws are enacted to prevent suicides, protect children and our society at large, and they work.

According to a 2017 study, ERPO has been effective in preventing firearm suicides in Connecticut between October 1999 and June 2013. It points out that Connecticut’s ERPO law prevented 72 firearm suicides. When broken down further, suicidal tendencies or self-injury threats were listed as a concern in 61 percent of cases, and risk of harm to others was a concern in 32 percent of cases. This indicates to me that suicide is a gun issue, without a doubt.

Look at it another way. Every day it is estimated that 58 people die from firearm suicides, EVERY DAY. During our nation’s largest active shooting incident during the October 2017 country music concert in Las Vegas, the same number of people died. This is tragic, without a doubt, but fortunately it only occurred for one day.

Don’t misunderstand; mass shootings are horrific and without a doubt must STOP. Gun control is a very important issue, but unfortunately it will take time to change since it continues to be such a contested issue in America.  In the meantime, the time to act is NOW. I recommend prevention methods as the most effective, immediate solutions including ERPO, effective physical security measures for our facilities, trained security guards and advanced training for staff/students/personnel.

I also agree that mass shootings and suicides are often a result of mental illness. However, unless our society is truly willing to identify, treat and care for citizens with mental illness, the most immediate solution is to control the means of death – firearms.

When it comes to suicide prevention or the prevention of harm to society at large, our obligation to watch our backs, and it must be followed up by action. The time for talking is past. Suicide is a gun issue because we, as a society, can realistically prevent it with strategic gun control measures.